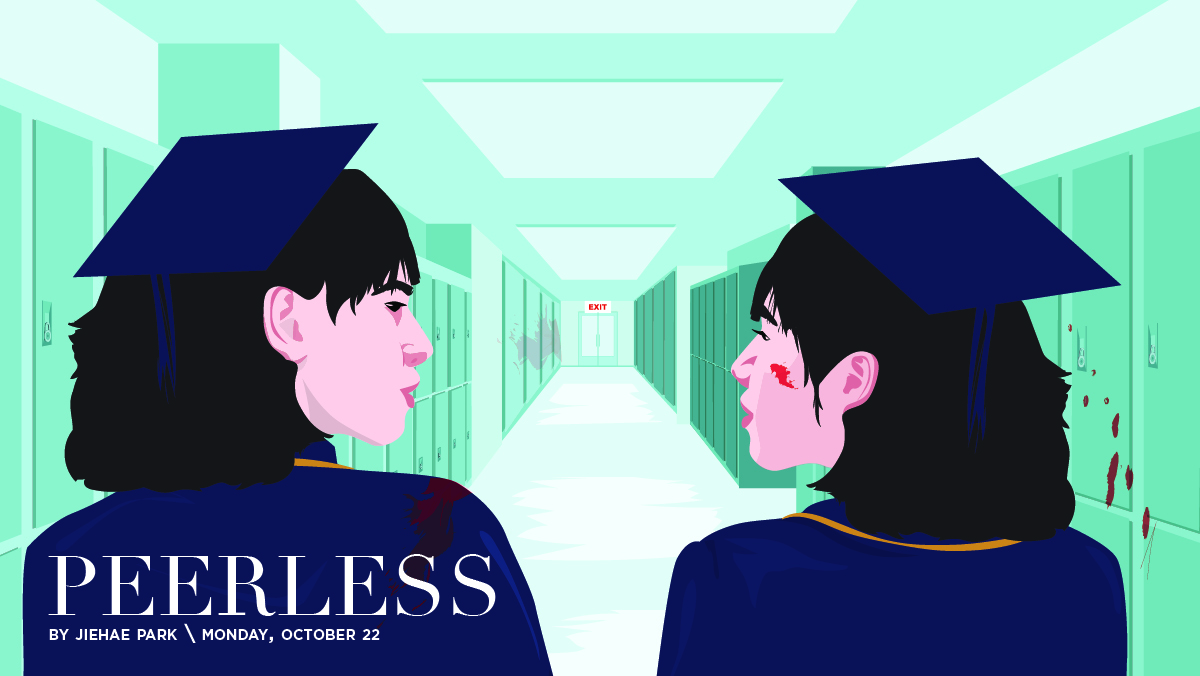 In a modern take on Macbeth, two Asian American twins have worked their whole life to get into The College, only to be rejected in favor of their classmate. So they decide to kill him.

Taking inspiration from Shakespeare’s tragedy of murderous ambition, the play examines the pressures placed on 21st-century teenagers in a culture of cutthroat competition. Dark and frothy, graphic and absurd, Peerless is a John Hughes movie with Shakespearean scope.

Peerless is presented by special arrangement with SAMUEL FRENCH, INC.

This is a FREE reading. Tickets are required.
Thanks to the members who support ReDiscovery and New Works through the Artistic Leadership Fund.