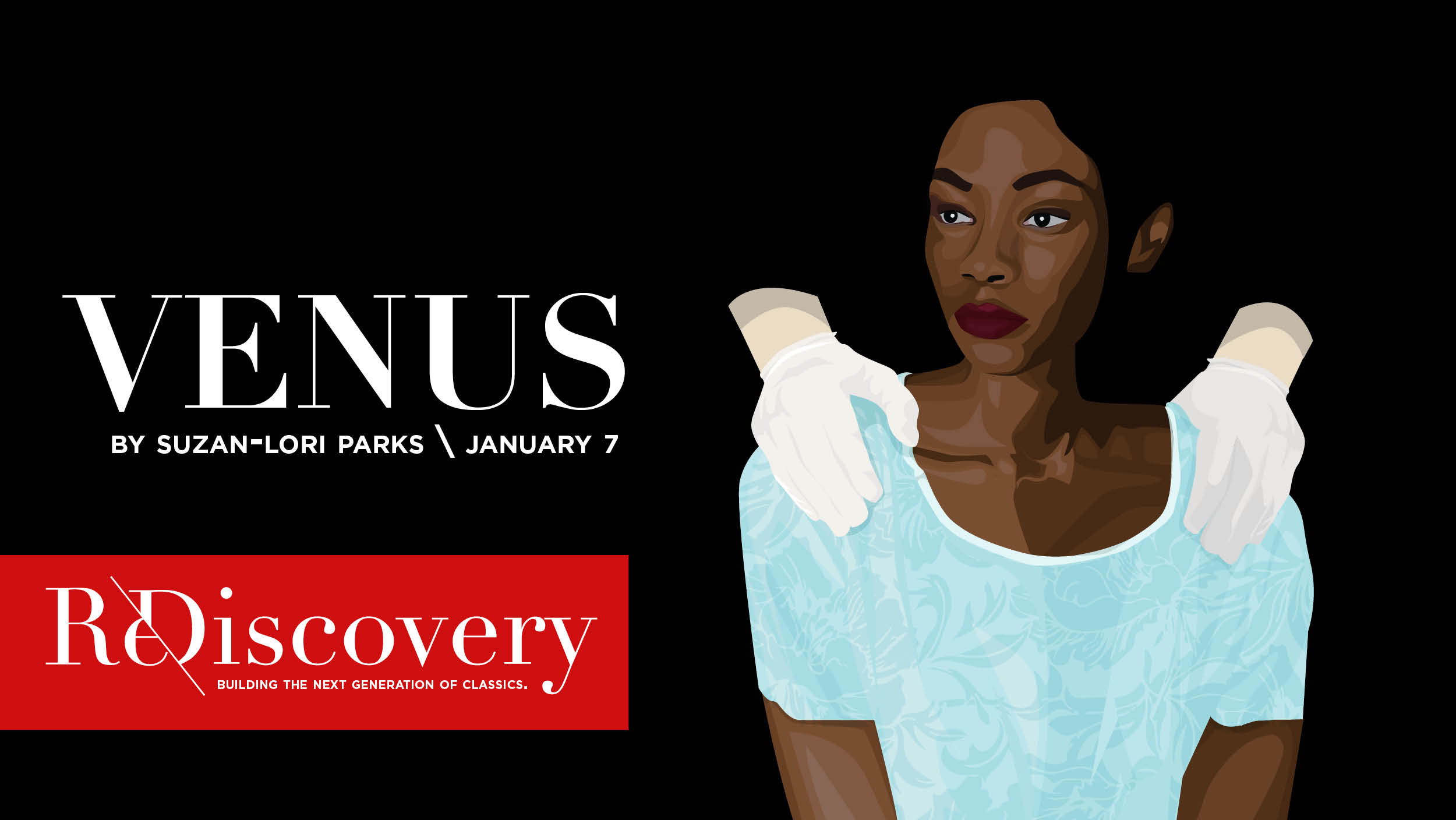 This dramatic retelling of the true story of the Sarah “Saartjie” Baartmann, the late 18th-century “Venus Hottentot,” just might be Pulitzer Prize-winner Suzan-Lori Parks’s masterpiece—and a modern classic. In Venus, an African woman is enticed to Europe with promises of fame and fortune, but ends up trapped between serving as a carnival freak show and a subject in a medical amphitheater, an exhibition in both life and death.

Grounding her virtuosic command of language in a recognizable time and place, Parks creates a period piece rich with implications for our contemporary culture. In an era when stories about race, gender, sexuality and political liberty dominate the conversation, Parks illuminates them in all their intersectionality.

This is a FREE reading. Tickets are required.
Thanks to the members who support ReDiscovery and New Works.