Stephanie Miller’s Sexy Liberal Blue Wave Tour comes to Washington DC’s Sidney Harman Hall for one night only featuring John Fugelsang, & a special guest! With just 3 shows on this very special mid-term tour; you, friends and family will want to be a part of creating the big blue wave that is going to hit Congress in November.

Inspired by Stephanie Miller’s popular progressive talk radio show, Sexy Liberal has brought sharp & inspiring political comedy to sold out theaters across the USA and spawned a #1 album. This time Stephanie & John are joined by a special guest on Saturday September 22nd, 2018. In past shows Stephanie and comedian & SiriusXM host John Fugelsang have been joined onstage by performers and guests including Lily Tomlin, Aisha Tyler, Rep. Ted Lieu, Joy Reid & Rob Reiner. So stay tuned for even more surprises at Sidney Harman Hall. 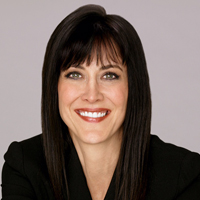 National television and progressive talk star Stephanie Miller is a wildly popular performer with a huge and fervently devoted audience. Her comedy album, “The Best of Stephanie Miller’s Happy House, Volume #1,” debuted as the #1 Comedy Album in America on Amazon, iTunes and Googleplay and dubbed by Billboard as a “Hot Shot Debut”. 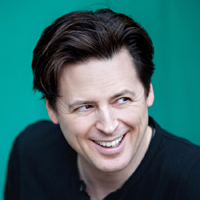 John Fugelsang hosts ‘Tell Me Everything” weekdays on SiriusXM Insight #121 and PAGE SIX TV for the FOX network,premiering in 2017. He once got George Harrison to give his last live performance on VH1 and, in the quip heard round the world, got Mitt Romney’s advisor to call Mitt an ‘etch a sketch’ on CNN. He’s been murdered on CSI, hosted America’s Funniest Home Videos and Bill Maher called him ‘one of my favorite comedians’. He’s been a regular on CNN, MSNBC, FOX News & has performed for US troops, including the humanitarian mission in Haiti. His new film “Dream On,” a road trip in search of the American Dream, was named “Best Documentary” at the NY Independent Film Festival just premiered on PBS.