Hear from women leaders—all experts in their fields—as they discuss the instances of women’s “offstage” influence in Beckett’s Waiting for Godot and in the world around us. 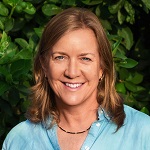 Lisa Dickey is an author and ghostwriter who has helped write seventeen published nonfiction books, including eight New York Times bestsellers. Her clients have included such luminaries as Patrick Swayze, Gavin Newsom, Cissy Houston, Herbie Hancock, Kara Swisher and Whitewater partner Susan McDougal.  She is also the author of Bears in the Streets, an account of three journeys she took across Russia in 1995, 2005 and 2015; Madeleine Albright called the book “brilliant, real and readable.” Lisa is an accomplished storyteller on stage, appearing at events such as the Moth Grand Slam, and she is a credited writer on the award-winning documentary film Letter to Anita. Website: LisaDickey.com Facebook:  Facebook.com/LisaDickeyAuthor/ Twitter:  @lisawritesbooks 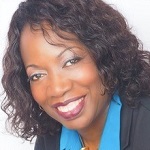 Dr. Annette Gibbs-Skervin is an accomplished IT global executive, having served in senior leadership roles at Procter & Gamble, Johnson & Johnson, Information Services Group, Department of Veterans Affairs (Senior Executive Service and Senior Advisor) and Grant Thornton. Throughout her professional career, she has been dedicated to lifelong learning, mentoring, coaching and motivating others to professional and personal success. She is particularly sensitive and interested in supporting the development and success of women who seek to achieve the highest levels of STEM leadership. Dr. Gibbs-Skervin recently released her book She DISRUPTS IT!® You Can Too! Four Powerful Strategies of Successful I.T. Women. on this topic. She has a BS in Computer Science, MBA in Finance and PhD in Applied Management and Decision Sciences, specializing in Leadership and Organizational Change. LinkedIn: LinkedIn.com/in/Skervin 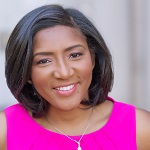 Carletta S. Hurt is an award-winning producer at IKAM Productions, passionate educator, and fierce youth advocate. Film credits include The Catcher (short), Water in a Broken Glass (feature), Jackie (NYU award-winning student film), Remember the Titans, Drumline and The Fighting Temptations. She also produces theater and has worked with some of Hollywood’s leading ladies like Jane Fonda, Eve Ensler, Pearl Cleage and Jasmine Guy.  A graduate of Oglethorpe University and Georgia State University, Carletta is dedicated to creating a space for new, unique voices to be heard and a platform to showcase rising talent, especially if they are women. She is currently the president of Women in Film & Video DC (WIFV), serving content makers across the DMV. For more information about WIFV, visit WIFV.org. Visit her at CarlettaSHurt.com or IKAMProductions.com.