Hear from women leaders—all authorities on body politics—as they discuss the connection between gender and performance in Shakespeare’s Twelfth Night and in the world around us. 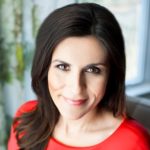 Kate Andersen Brower is the author of the #1 New York Times bestseller, The Residence: Inside the Private World of the White House. Her new book, also a New York Times bestseller, First Women: The Grace and Power of America’s Modern First Ladies, reveals what life is really like for the First Lady. She is a CNN contributor, has spent four years covering the Obama White House for Bloomberg News and is a former CBS News staffer and Fox News producer. She has written for the New York Times, Vanity Fair, Time, the Washington Post and Bloomberg Businessweek. 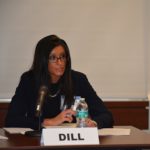 Sara Elizabeth Dill is the Director of Criminal Justice Standards and Policy for the American Bar Association in Washington, D.C. Prior to this, Sara was a founding partner in the Chicago, London and Miami offices of the Law Offices of Sara Elizabeth Dill, co-chair of the American Bar Association Criminal Justice Section’s Immigration Committee and a Commissioner for the ABA Commission on Immigration. Sara has published numerous articles on international law, criminal defense, immigration, human trafficking and free speech. Her TEDx Talk, “Women as Weapons of War,” was presented at TEDx MonteCarlo 2016. 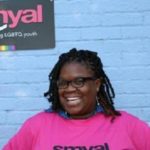 Adalphie Johnson arrived at SMYAL (Supporting and Mentoring Youth Advocates and Leaders) with over 8 years of program experience in the non-profit arena specifically in the sexual reproductive health and youth development fields. Although a native Washingtonian, Adalphie completed her education in Prince George’s County Public Schools and earned her Masters of Divinity from The Samuel Dewitt Proctor School of Theology at Virginia Union University. 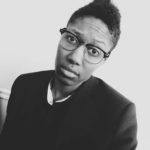 A D.C. native with more than a decade of experience, B. Williams has been a performer from the age of 7 years old in dramatic stage and musical theater productions, to local independent films, to “boilesque,” to drag and everything in between. Credits include productions of The Wiz, Grease and a gender blind production of Othello, which debuted at the University of Maryland. Currently a drag performer with Pretty Boi Drag, the next production to include the talents of B. is In A Sense, a POC web series produced in the D.C. area and Pretty Boi Drag Presents: Sunday Service. Instagram: @blaq_dinamyte_ 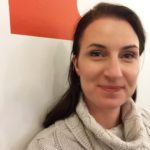 Jordan Fitzgerald is Make It Work’s Organizing and Political Director. For over 20 years, she has been an activist and advocate for women and progressive issues. She has launched campaigns, developed programs, recruited and organized volunteers and fostered coalitions. Most recently, Jordan spent 15 years at Planned Parenthood Federation of America where she held several senior leadership positions and was responsible for the organization’s national ballot measure program. Jordan is a board member of the Ballot Initiative Strategy Center and past board chair of the District Alliance for Safe Housing (DASH).