Will on the Hill

The annual Will on the Hill fundraiser Will on the Hill celebrates bipartisanship and arts education as Members of Congress unite on our Shakespearean stage for a one-night-only comedy performance. Proceeds from this event support Shakespeare Theatre Company’s many education, artistic and community engagement programs.

For those who participate in Will on the Hill by purchasing a VIP ticket or sponsorship package, the evening begins with a cocktail reception. Following the performance by our Congressional cast is a gourmet buffet and cocktail reception for cast, senior staff from the Hill and VIP guests and sponsors.

To join the festivities by purchasing a VIP ticket or sponsorship package, contact WOTH@ShakespeareTheatre.org.

The Shakespeare Theatre Company’s annual Will on the Hill benefit each spring welcomes Members of Congress and Washington influencers onto the Company’s stage to perform scenes from Shakespeare—infused with comedic references to contemporary politics.

Will on the Hill pays tribute to the unique dynamic of our city and provides a wonderful way to engage new audiences and support the Shakespeare Theatre Company’s artistic, education and community outreach programs.

“Each spring, members of Congress and the media are invited to show off their acting skills (or lack thereof). To play or not to play, that is the question.”
– NBC Washington

“I would suggest putting “Will on The Hill” on your calendar for next May if you want to enjoy a fun night in the theater, see members of Congress act silly intentionally, and help bring Shakespeare to the young people of greater Washington.”
– Washington Blade

Check back often to find out who will be appearing in this year’s Will on the Hill! 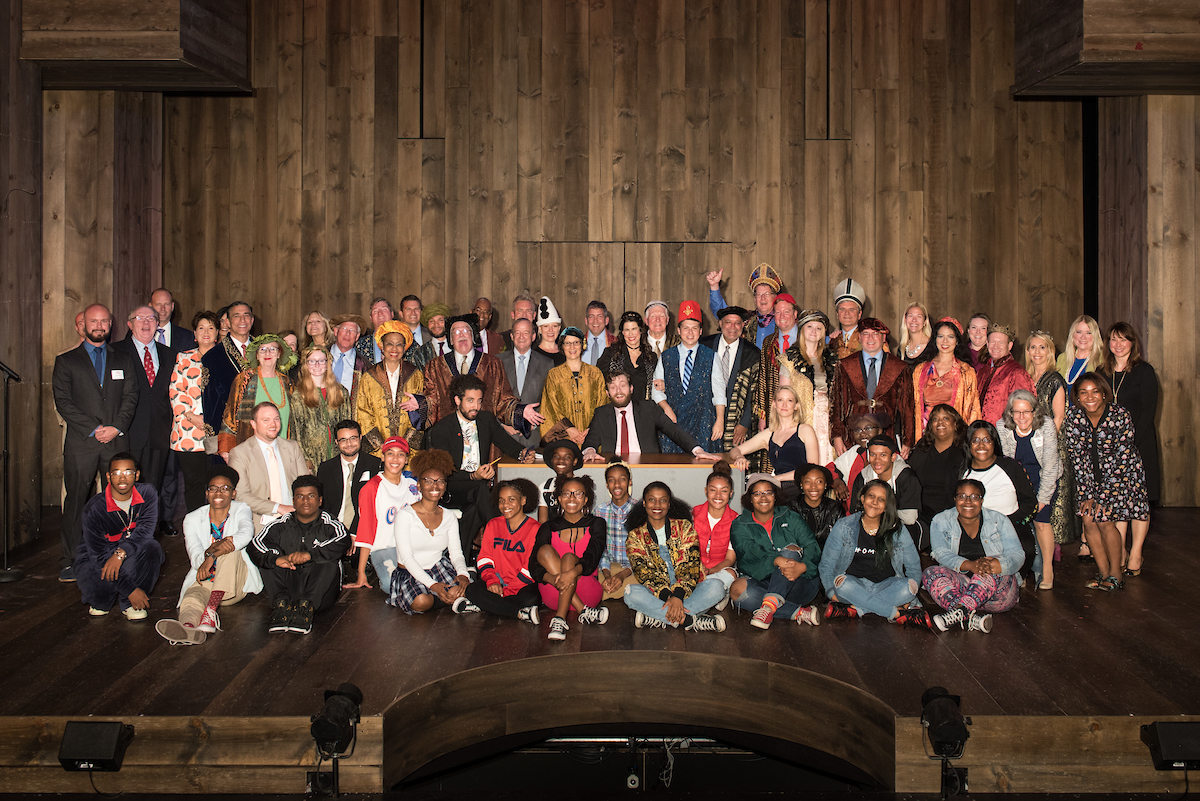 The Will on the Hill cast of 2018 was anchored by Ken Clark and Heath Saunders from Broadway’s Natasha, Pierre and the Great Comet of 1812 and STC favorite Victoria Frings (The School for Lies). The original script My Kingdom for a Farce was written by Michael Trottier, with assistance from West Wing Writers, and directed by Craig Baldwin. Additional cast members included  Senator Chris Coons (D-DE), Senator Roger Wicker (R-MS), Grover Norquist (Americans for Tax Reform), Dana Bash (Chief Political Correspondent, CNN) and U.S. Representatives including Reps. Darrell Issa (R-CA), Eleanor Holmes Norton (D-DC), Gerry Connolly (D-VA) and Suzanne Bonamici (D-OR) among others.

The Will on the Hill cast of 2013 was anchored by VEEP star Anna Chlumsky and STC regular, Todd Scofield. Performing, “Toil and Trouble,” written by Peter Byrne and directed by Alan Paul, the cast was rounded out by Senator Susan Collins, Senator Patrick Leahy, Senator Roger Wicker and 18 members of the House of Representatives. Additionally, media personalities such as Chris Matthews (Hardball with Chris Matthews) and Rita Braver (CBS Evening News) participated in the event.

Members of Congress and friends of the theatre celebrated Will on the Hill’s 10th Anniversary by starring in Will on the Hill 2012, titled “Speak the Speech, I Pray You!” written by Peter Byrne and directed by Alan Paul. Special guest stars included Emmy Award winner Richard Schiff, from hit TV drama “The West Wing” and STC Affiliated Artist Veanne Cox. The cast also included Senator Roger Wicker and 17 representatives including Michael Grimm, Chaka Fattah, Peter Roskam and Eleanor Holmes Norton.

The 2011 Will on the Hill featured Private Practice actor Tim Daly, Tony-nominated actor Euan Morton and more than 15 members of Congress—including Donna Edwards, Bob Goodlatte, Patrick Leahy, Sue Myrick and Roger Wicker—in “The World’s a Stage,” written by Peter Byrne. The 2011 event also marked the first time that a member of British Parliament, The Honourable Ian Liddell-Grainger, participated in the event.

“A Comedy of Capitol Errors” written by Peter Byrne and directed by Ethan McSweeny in 2008 featured Senator Patrick Leahy and 10 representatives, including Linda and Loretta Sanchez who starred as long-lost twins, in this adaptation of the Bard’s The Comedy of Errors.

2007 brought “What’s in a Name” written by Norman Allen for Will on the Hill. The evening hosted 26 cast members including Senator Robert Bennett, 12 Representatives and members of the Washington media.

In 2006 Will on the Hill featured eight Members of Congress including Edward Markey, Jane Harman, and Eleanor Holmes Norton, in an original script entitled “Much Ado about Washington,” written by Ken Ludwig.

Will on the Hill debuted in its current format in 2005 with the original skit “Lessons from Shakespeare on How to Make it in Washington” written by Ken and Carol Adelman. It starred Congressmen Ken Calvert, Cliff Stearns, Robert Livingston and Theodore Olson as well as Sam Donalson, Kathleen & Chris Matthews, George Stephanopoulos, and Steve & Cokie Roberts, to name a few.

Congressional Night 2004 centered on STC’s production of Henry IV, Part 1 and featured nearly 200 Members of Congress as members of the Honorary Committee. The evening also recognized Senator Robert Byrd for his contribution in promoting an appreciation for classical literature through his distinctive use of Shakespeare when addressing the public. Although they weren’t yet appearing on stage, the evening was hosted by eight Senators and eight Representatives, including Edward Kennedy, Ted Stevens, Nancy Pelosi, and Jerry Lewis.

Similar to 2002, the 2003 Congressional Night at STC invited Members of Congress to attend a special performance of Ben Jonson’s The Silent Woman. The evening was hosted by Senators Paul Sarbanes and Richard Shelby and Representatives Barney Frank and James Walsh. The evening was a complete sell-out, filled with Members of Congress, their staffs and Congressional Night sponsors.

Originally dubbed “Congressional Night,” the soon-to-be-called Will on the Hill was hosted by Senators Kay Bailey Hutchison and Joe Lieberman as well as Representatives Mike Oxley and Nancy Pelosi. Members of Congress and Washington VIPs attended a dedicated Capitol Hill performance of the Theatre’s mainstage production of Romeo and Juliet. The evening raised funds in support of STC’s education and community outreach programs like the Free For All, ShakesPEERS, and Text Alive!. Will on the Hill continues this mission today!

For those who participate in Will on the Hill by purchasing a VIP ticket or sponsorship package, the evening begins with a cocktail reception on the orchestra terrace of Sidney Harman Hall.

After a pre-performance drink, all guests are invited to take their seats and enjoy a brief performance by students who have participated in our education programs. Then our featured performers will take the stage to show off their acting chops, proving once again that Shakespeare had it right when he wrote:  “All the world’s a stage, and all the men and women merely players.”

Following the performance is a gourmet buffet and cocktail reception for our cast, senior staff from the Hill who participate as members of the Honorary Hill Advisory Committee, and our VIP guests and sponsors to mix and mingle.

Will on the Hill has been featured in Washington Life, Capitol File, U.S. News and World Report, Roll Call, The Hill, Washington City Paper, The Washington Post, The Post Express, Pamela’s Punch and more!

To join the festivities by purchasing a VIP ticket or sponsorship package, contact WillontheHill@ShakespeareTheatre.org.

Find out about
SPONSORSHIP OPPORTUNITIES 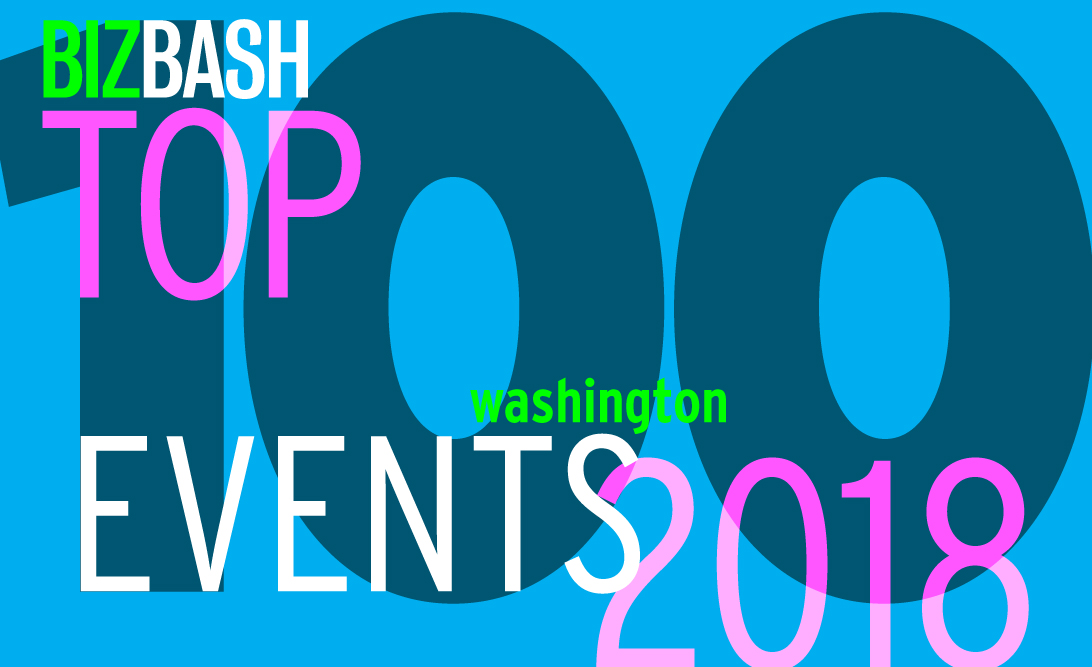 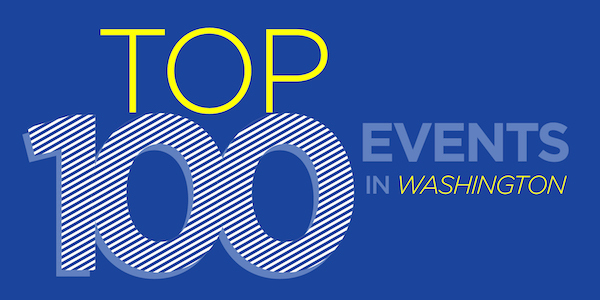 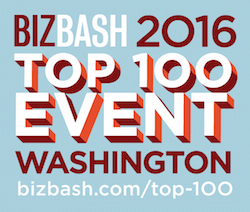