A Note by Robert Pinsky 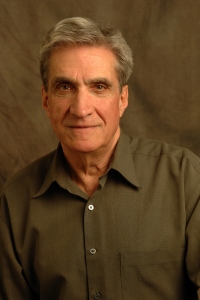 In college, I studied drama with the great Francis Fergusson, author of The Idea of a Theater. He taught us to think about a play’s action. In class, his method was to ask two or three students—regardless of gender, or acting skill—to read a few speeches from a scene in Sophocles’ Oedipus Rex or William Shakespeare’s Hamlet… or, Bertolt Brecht’s Mother Courage and her Children. His course, called something like “Introduction to World Drama,” introduced me to both Aristotle and Brecht.

After the student voices, usually in an inexpressive monotone, had read a speech or two each, Fergusson would ask us, gently: What’s his action? What’s her action? encouraging us to express the action as an infinitive. The action would be the human purpose, or in the terms of Aristotle, “the movement of the soul.” In the Ethics, Aristotle says that the human soul is itself only when in action: tending toward some goal, or away from some aversion. Passion, before it generates a purpose, is… passive, the soul like soft wax that receives an impression, not yet acting as itself.

Oedipus’ action in a scene might be “to find out what the Messenger knows,” while the Messenger’s is “to protect himself” while Jocasta’s is “to slow down Oedipus.” Those three individual actions are component vectors in the scene’s overall action, which a viewer (or director or scholar) might define as “to approach what happened at a crossroads, long ago.” And each scene, in turn, can be seen as a component vector of the play’s overall action. (“To heal Thebes” or “to see the truth” or any number of possibilities.)

Brecht’s theatre is profoundly different from that classical arena, but in Fergusson’s vision Brechtian drama, too, presents an action. The great modern anti-war and anti-fascist work, Brecht’s Mother Courage, proceeds by the action of disruption, undermining and defying conventional notions of heroism and nobility, along with aesthetic principles of unity and decorum, including the separation of comedy and tragedy, epic and low.

The historical setting of Brecht’s work is the same as for Friedrich Schiller’s Wallenstein: the Thirty Years’ War. Schiller uses the ambiguous, magnetic figure of Wallenstein, and the horrors of the war, to question his own Romantic ideas about heroes and their aspirations. Brecht explodes such ideas in bursts of unsentimental, painful laughter.

One of the first speeches in Mother Courage is: “You know what the trouble with peace is? No organization.” The action of that speech is to undermine pieties about peace and organization, to propose the nasty underside of those words or ideas. The action of the Sergeant who says the words is to make a case on behalf of war. The action of the scene is a component vector of an overall action that might be “to confront the nauseating realities” or “to keep living anyway” or “to make a profit.”

Loosely speaking, if classical tragic action tends toward illumination that preserves a community, the action of Brecht’s “epic theater” tends toward survival. Somewhere between the two—or apart from them?—Schiller’s questing and questioning, Romantic spirit, is embodied by Max Palladini, a fictional creation that the dramatist puts among actual historical figures. Max at the outset believes in both Wallenstein’s heroic leadership and his father Octavio Palladini’s conservative probity. In the end, disillusioned, he finds a way to reject both.

None of these ideas were in my conscious mind as I tried to make a single, contemporary play out of Friedrich Schiller’s great Wallenstein trilogy. I wanted to retain Schiller’s complex, ambivalent vision of Albrecht Wallenstein and his world. To do that, I needed to include the double nature, ideal and violent, promising and terrible, of a new, aspirational social order. In retrospect, I think that by inventing Dead Wallenstein, who addresses the audience directly—in a way, a Brechtian character, commenting on a Romantic drama—I may have been drawing on Francis Fergusson’s sense of theatre, in its generous range of possibilities.

In this free adaptation, I have tried to preserve the essential spirit of Schiller’s work, the action of all the characters—even while they contend with one another, sometimes murderously—of creating a new, better order for their world.

Robert Pinsky’s most recent publications are his Selected Poems and PoemJazz, a poetry-and-music CD with Grammy-winning pianist Laurence Hobgood. As Poet Laureate of the United States for an unprecedented three terms (1997–2000) he created the Favorite Poem Project, with videos at www.favoritepoem.org and the Summer Poetry Institute for K–12 Educators at Boston University’s School of Education. His many awards include the Korean Manhae Prize, the Italian Premio Capri and the Harold Washington Award from the city of Chicago. He has appeared in an episode of The Simpsons, at a poetry reading attended by Lisa, and on The Colbert Report, where he moderated a metaphor contest between Stephen Colbert and Sean Penn.