Every summer, the Shakespeare Theatre Company’s MFA program, the Academy for Classical Acting (ACA), produces two plays in repertory with that year’s Participants.  In striving to put forth the highest quality work and provide valuable learning opportunities for our 12 (already professional) actors, the ACA hires some of the best directors, from both here in the U.S. and abroad, to shape and nurture the productions.

For this year’s rep, running from June 18th through 30th, 2012, we are delighted to welcome back Christopher Grabowski, who directed ACA productions of ‘Tis Pity She’s A Whore (’07) and The Malcontent (’10), among others, and Rob Clare, who directed the ACA production of King Lear (’10). Other directors over the years have included Rod Menzies, Brendon Fox, Davis McCallum, Eleanor Holdridge, Rahaleh Nassri, Michael Barakiva, and Jesse Berger. 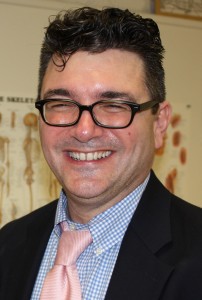 Christopher Grabowski is the Professor of Drama on the Frances Fergusson Chair of Arts and Humanities, Director of Theater, and Chair of Drama at Vassar College.  He joined the faculty as Director of Theatre in 1994 where he has directed more than 25 productions in the Experimental Theater. Prior to coming to Vassar he was the Associate Artistic Director and Literary Manager at the New York Theater Workshop. In addition to his ongoing relationship with NYTW, Christopher continues to work extensively beyond the college. He has directed new and classical work for The Yale Repertory Theater, Shakespeare/Santa Cruz, the Denver Center Theater Company and most frequently for the Portland Stage Company in Maine. He has also directed numerous projects for the National Theatre Conservatory, The Stella Adler Conservatory, NYU Graduate Acting Program, The Juilliard School, and the NYU Graduate Musical Theater Writing Program. Christopher has a BA in Theater Arts from the University of California, Santa Cruz and an M.F.A. in Directing from the Yale School of Drama. 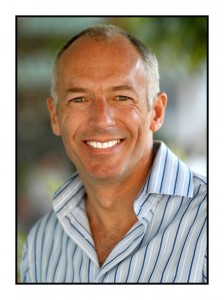 Rob Clare trained as an actor at the Central School of Speech and Drama  (CSSD), London, and his various degrees from Oxford University include a doctorate in the practical interpretation of Shakespeare. He acted with the Royal Shakespeare Company (RSC) for three years, including productions of King Lear and Cyrano de Bergerac that toured to Europe and the USA. Subsequent work as an actor and/or director includes seasons with the National Theatre (as a Staff Director), The Royal Exchange Theatre Manchester and Compass Theatre (UK national touring). He directed national tours of Amadeus (with Tim Pigott-Smith) and a prisons tour of Comedians (with Rufus Sewell) He has taught and directed in numerous leading UK drama schools and training institutions, including the Royal Welsh College of Music and Drama, The Guildhall School, Shakespeare’s Globe (for Rutgers University) and CSSD, where he established the MA Classical Acting course which he also led for its first three years. As a freelance Shakespeare specialist, in recent years, he has worked regularly with the core company of the RSC, most recently doing special text and verse work on Hamlet, and at the Actors Center in New York. As a visiting director at the National School of Drama, New Delhi, he has directed Hindi productions of A Midsummer Night’s Dream, Julius Caesar and Romeo and Juliet. He also works extensively in British prisons, where his work with political prisoners in Northern Ireland was the subject of the BBC TV documentary Act of Faith. When he is not working on Shakespeare, or in prison, he likes to punish himself by competing in triathlons and climbing mountains.

Please come see our ACA Participants and these two exciting directors’ productions this coming June.  The plays will be staged in our black box studio, located at 507 Eighth Street, SE.  For more information or to book tickets, please contact ACA Program Coordinator Julia Strachan at JStrachan@ShakespeareTheatre.org or by phone at 202.994.2819.