Inside the Shops: Bringing the costumes of The Metromaniacs to life 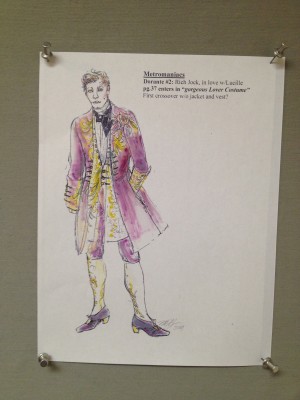 Sandra Thomas, First Hand in the STC costume shop, documents the process of bringing a costume to life from the designer to the actor. Join us for an inside peek of designer Murell Horton’s luxurious designs for The Metromaniacs.

Part 1. Mocking it Up

After the costumer produces their renderings and designs for the production, they move to the costume shop to begin producing the garments.

Draper Randall Exton meets with Murell to discuss the design and look in-depth at the clothing items to be produced. 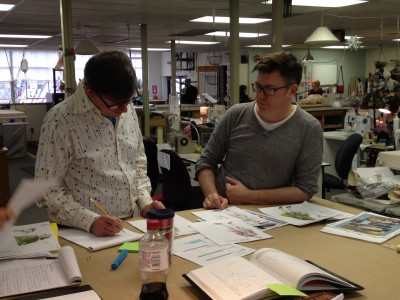 Randall does extensive research into the patterns and silhouettes from the era. 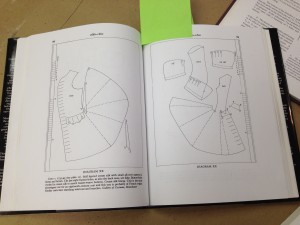 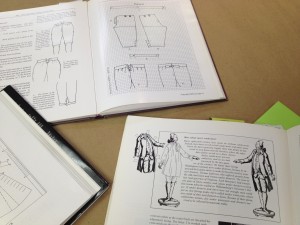 Next Randall begins by draping muslin on a dress form to create the shape of Dorante’s coat. 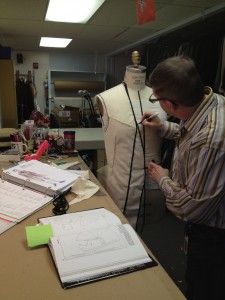 Pattern pieces are then drafted in heavy paper, and used to cut out the muslin pieces that will become the mock up. 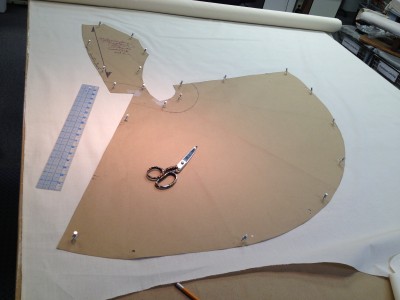 First Hand Sandra Thomas cuts the pattern from the muslin. 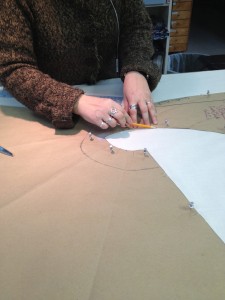 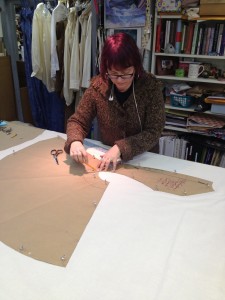 Costume intern Stephanie Goad works on sewing the muslin mockup together, and then reviews the muslin on a dress form with Randall. 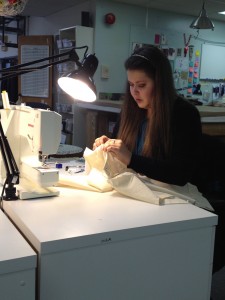 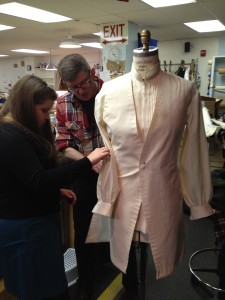 The finished muslin mockup is then ready for pre-rehearsal fittings in New York. 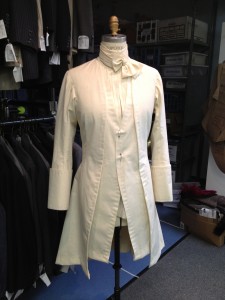 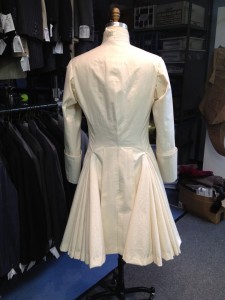 Actor Anthony Roach is fit in the muslin mockup. 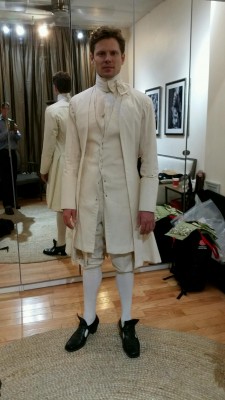 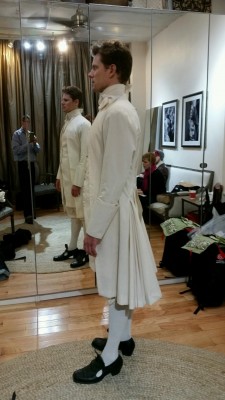 And then fabrics and notions begin to arrive in STC’s D.C. shop from New York… 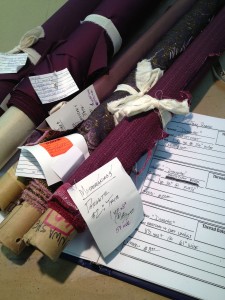 Next up: Let construction begin!

The Metromaniacs begins February 3 in the Lansburgh Theatre.