Designing the outrageous world of THE COMEDY OF ERRORS

The Comedy of Errors comes to life courtesy of Associate Artistic Director Alan Paul (Camelot, Romeo & Juliet), a celebrated cast featuring STC favorites and veteran D.C. artists, and a design team that has worked on a combined 60+ STC productions.

Paul is excited to bring his musical eye to this play, working again with Composer Michael Dansicker (Camelot; Kiss Me, Kate) and Choreographer Karma Camp (The School for Lies, The Boys from Syracuse) to infuse this production with a tuneful twist. Dansicker has written original comedy songs and music for this production, providing the opportunity for more laughs—and maybe even a tap number. 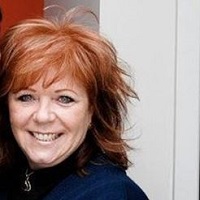 This is not the first time that Alan Paul has brought Comedy to STC’s stage. He directed a very popular semi-staged concert production of Rodgers and Hart’s The Boys from Syracuse in 2011, and in 2013 he had a hit production of A Funny Thing Happened on the Way to the Forum which, like Comedy, is based on the work of Roman playwright Plautus.

Paul is also relocating the world of the play from the Turkish city of Ephesus across the Aegean Sea to Greece. “I was inspired to create the world of this play by black-and-white films from the early 1960s, especially those set in Greece—Zorba the Greek and Never on Sunday,” he says. “These works blend humor and heart, balancing farce with adult and sophisticated emotions.”

Borrowing the black and white color scheme from these movies, the set will allow the action on stage and colorful costumes to pop. 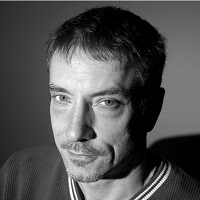 The flexible set, courtesy of STC Affiliated Artist James Noone places four houses, each with a unique front and back, on a large turntable that will transform the Lansburgh stage into ten distinct locations with the push of a button. Leaping from a police station to a priory to a nightclub to a seafood restaurant, the set will keep the comedic action moving during Shakespeare’s most farcical play. And as with any farce, there will be plenty of doors and windows throughout the set for quick entrances and exits. Says Noone, “It gives the play a sense of energy and movement, and we can quickly change from one place to another as the play goes along.”

The costume design takes inspiration from Maria Callas, Aristotle Onassis, and Italian movie star Melina Mercouri, capturing the look of these daring cosmopolitan types and the spirit of Greece in the 1960’s. “Shakespeare’s Ephesus is meant to be an exotic and sexy place,” explains Paul, and the designs will transport the audience with lots of visual surprises. One scene in the Porcupine Club will look like a burlesque cabaret show, with some “tricked-out costume[s] with quills” and three ensemble members in drag. 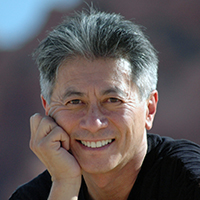 David Leong, fight choreographer and STC veteran, is taking on a slightly different role for this production. While he has created moments of violence on stage for the past three decades, his background is actually in Commedia dell’arte. It will be this training that he draws upon to guide the actors through all of the physical comedy, slapstick and sight gags in the show. While the movements should look spontaneous and off-the-cuff, Leong explains that nailing the precision of comedic timing is a group effort to choreograph: “It’s a vocabulary we have to create, all the slapstick, and along with Karma and Alan, we’re going to put together some zany chases.”

The world of The Comedy of Errors is full of silly, delightful confusion, and the designers hope to capture that energy and visual insanity through every design element. As Paul puts it, “With any farce, once the ball starts rolling down the hill, it must not stop.”

The Comedy of Errors begins performances on September 25. Subscriptions and single tickets are now available at ShakespeareTheatre.org or by calling 202.547.1122.