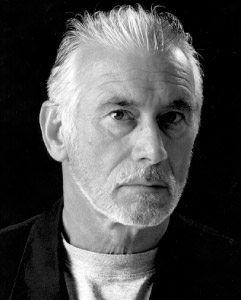 After Lady Windermere’s Fan five years ago, Michael Kahn and I were talking about what we wanted to do next. One of us said Mrs. Warren’s Profession, and that seemed an excellent idea. Of course, we were crushed by the loss of our beloved Dixie Carter. Michael suggested Elizabeth Ashley, who I thought had been absolutely extraordinary in Sweet Bird of Youth and The Little Foxes. I’m thrilled that Elizabeth is going to play Mrs. Warren because I think she has a wonderful quality for the part.

I’ve always been intrigued by the play, but the productions that I have seen have stuck too closely to Shaw’s writings about the play, rather than to the text of the play itself. To my mind, the three themes of the play are love, lust and commerce, and while Shaw knew commerce well, he had trouble facing the love and lust in his work. If you treat the play simply as a philosophical debate, you lose what makes it exciting. I saw a bad production of Mrs. Warren’s Profession last year in England, and afterward I heard a woman say to her friend, “I liked it, but I didn’t enjoy it.” It’s vital to me that our audiences in Washington enjoy it, because I think it’s a wonderful play with terrific scenes. And Mrs. Warren is a very sympathetic character with great complexity.

Vivie, Mrs. Warren’s daughter, is a hugely important figure in the play. But I’ve never seen a production in which the audience totally gets Vivie. And it’s vital that they like her, because we follow her on an extraordinary emotional journey. Vivie learns (and is horrified to learn) that her mother has made a substantial amount of money running brothels. But she believes that Mrs. Warren has divested herself and come home, and so Vivie forgives her. Then in the next scene, she learns with even greater horror that Mrs. Warren hasn’t stopped — that the business is still going on. And that’s a real double-whammy. We have to trace that arc with her, from innocence to knowledge.

I’ve made very few cuts to Shaw’s play, but I have added one invention of my own. Mrs. Warren tells Vivie that the stage was one of the few options available to women of her class. I have seized on that because the play was written at a time when the English Music Hall was in its heyday. So I’ve chosen a few songs that put the play firmly in its period and that reflect a few of its themes. Shaw sometimes puts intellect between pleasure and the audience, and these music hall moments are one way to even the balance.