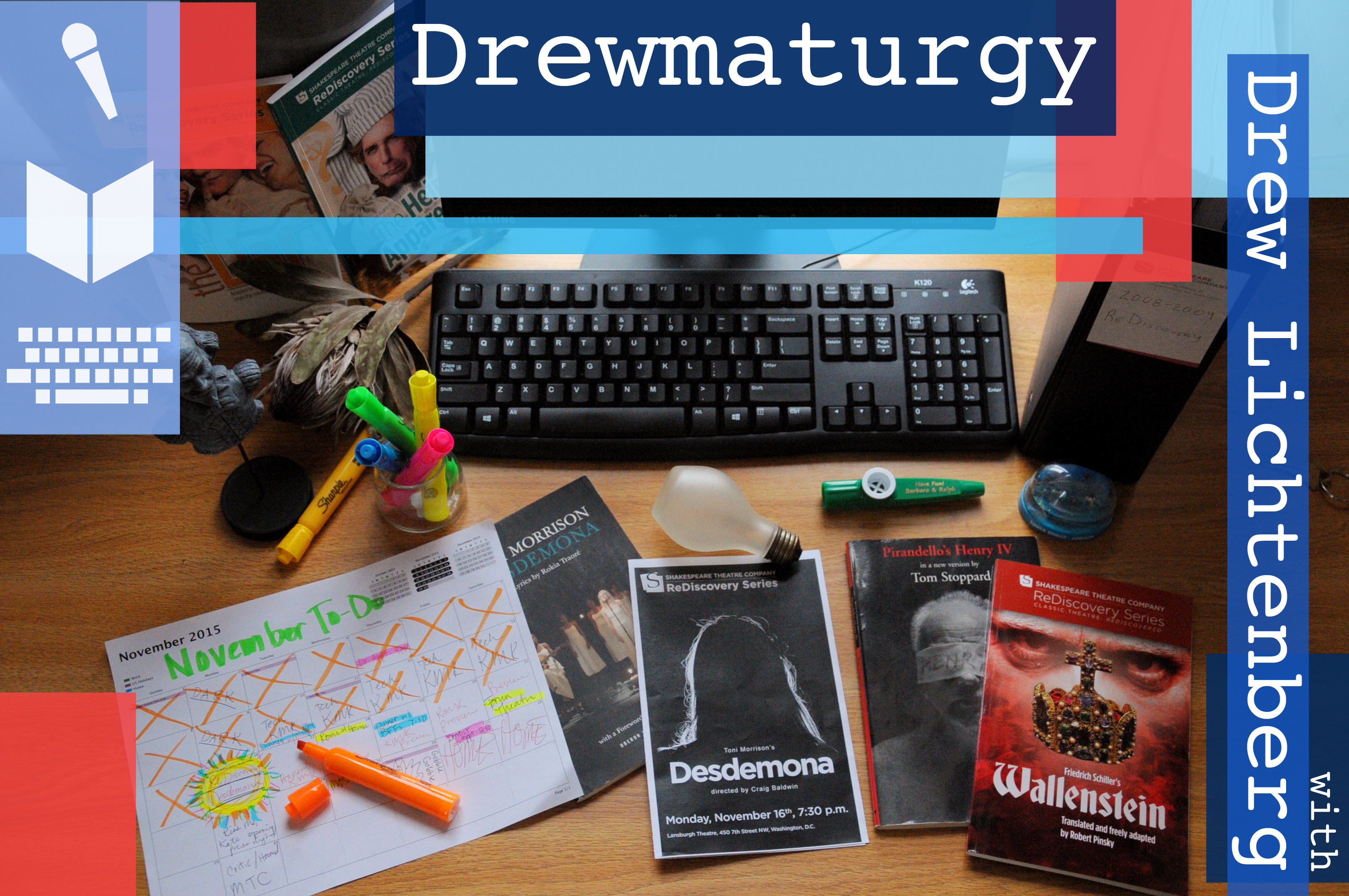 Imagine if you can: it’s a Monday night, theatres all over America are “dark” as the actors, stage managers and run crew take their one night off a week.* A group of theatre-lovers—actors and an audience—have gathered at the Lansburgh to hear something that could introduce them to their new favorite author, character or speech. Or it could be utter dreck—luckily, there’s no ticket price. For this evening, the only payment is passion; the only punishment is a few hours’ boredom; and the reward, if everything comes together, is, like all discoveries, literally priceless. It’s one of my favorite rituals at the Shakespeare Theatre Company, albeit lesser-known, one only for the true initiates and theatre masochists. Like all the best things, it’s kept like a secret. Four to five nights a year, we read plays lost to history, plays that have fallen out of the canon through a combination of prejudice and benign neglect.

I’m talking, of course, about the ReDiscovery Series. 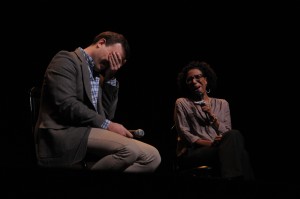 Drew with Ayanna Thompson (Professor of English at GWU) after the Shakespeare Theatre Company’s ReDiscovery Series reading of Desdemona by Toni Morrison.

Over my last four-and-a-half years at STC, we have read rare plays that belong on any serious theatre lover’s list of plays to see before they die. Plays such as Gotthold Ephraim Lessing’s Emilia Galotti (read during STC’s 2011-12 season), which single-handedly launched German Romanticism; William Congreve’s Love for Love (read during STC’s 2012-13 season), a comedy as beautiful and sad as it is witty; and Luigi Pirandello’s Enrico IV (read during STC’s 2013-14 season), in a new translation by Tom Stoppard, a play that, like Hamlet, seems to invent an entirely new genre, using the theatre to map the contours of the human mind. They’re in my own personal canon of the 100 plays to see before you die. (I will discuss that list, including those three plays, in a Drewmaturgy column in the very near future). 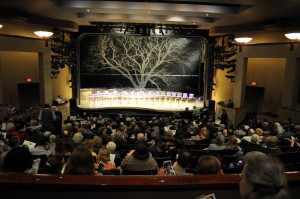 secret, check your programs again. Over the last four-and-a-half seasons, the ReDiscovery Series has functioned as a feeder-system for an average of one production a year on our Mainstage. From David Ives’ three “transladaptations” of French comedy in rhymed couplets to Jeffrey Hatcher’s two adaptations (of Gogol’s The Government Inspector and this year’s The Critic); from former poet laureate Robert Pinsky’s “free” adaptation of Friedrich Schiller’s epic Wallenstein to the most marked evidence of our recent shift in thinking, this year’s radical re-imagining of Salomé by Yaël Farber. . . all of them started out as ReDiscoveries. To find out the full schedule, click here: https://goo.gl/MI5OoN

* There are 52 Mondays in a year, and on most of those nights, there’s some kind of STC event scheduled so as not to conflict with our normal performance hours. Opening Nights for the Mainstage, the multiple and massively popular “Mock Trials” thrown by our Bard Association, “Will on the Hill,” NT Live Screenings—I’ve just listed about 20 Mondays right there. Monday nights at STC fill up quickly, and they’re always special—the nights you remember years later. A few years ago, Affiliated Artist Ted van Griethuysen performed a one-night-only, solo performance of Hamlet, directed by Ethan McSweeny, on the occasion of his 80th birthday. It was on a Monday night.