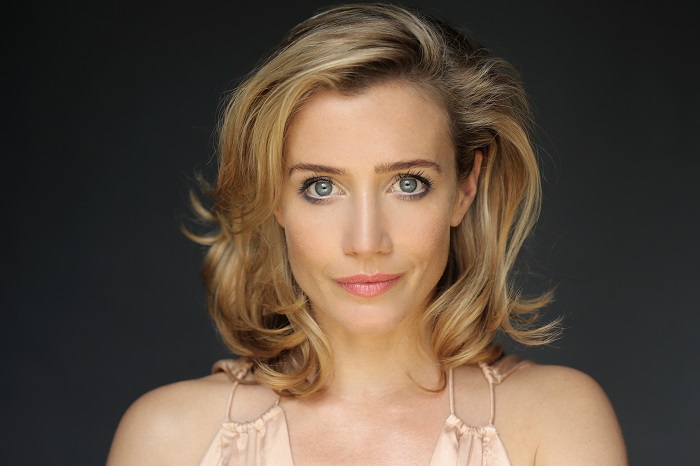 Lisa Dwan is internationally praised for her performances of Samuel Beckett’s work. She also writes and presents regularly on Beckett, theatre and culture. Her work can be found on Sky Arts and the BBC. Additional credits include Irish Repertory Theatre’s Shining City, where she starred opposite Matthew Broderick, and Lincoln Center’s Text for Nothing. We found out about her thoughts on D.C. and both Pinter pieces.

STC: Have you performed in D.C. before?
LD: No–this is my very first time to visit D.C., though I had of course heard of the Company’s extraordinary reputation. I have had many friends perform here, who told me what a wonderful time they had.

STC: What are you enjoying most about D.C.?
LD: The nature of my work has taken me across the globe many times performing on tour, yet I’ve never been to a big city like this where people are as friendly and as welcoming as they have been here. I’m also amazed by how many young, bright and inspirational women I’ve encountered that are involved in politics and national service. This is very, very encouraging to me–especially in these troubling times.

STC: You have a lot of experience performing pieces by Samuel Beckett. Do you see a connection between his work and Pinter’s?
LD: Samuel Beckett had undoubtedly a profound effect on Harold Pinter. It’s easy to see the great parallels in the sparsity and precision, but especially in the musicality of the language. Both writers expertly manage to explore the funniest, the most subtle, as well as the deepest traits of human psychology. Pinter’s take on the power play between characters is fascinating and so keenly observed. Beckett too was interested in our mental warfare, or “Mental Thugee,” as Beckett himself called it. While Beckett’s  opponents usually tend to reside in the realm of the mind, Pinter chooses to explore these dynamics in the spheres of a marriage and relationships. 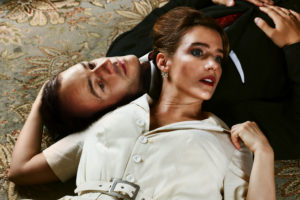 Lisa Dwan and Patrick Kennedy in THE LOVER. Photo by Tony Powell.

STC: How do you see the two plays fitting together?
LD: The two plays work expertly together and really tease all sorts of other nuances from the relationships and the power-play dynamics–especially between men and women.

STC: What is the most enjoyable part about portraying Sarah and/or Stella?
LD: On the outside, one might think that both of these women portray the quintessential subservient character types of the time, however it’s thrilling to observe how both women are forced to use their skill, intelligence, creativity and wit to outwit the men in terrific style, humour and precision. It’s wonderful to be able to trust a writer enough to use and lean on every syllable and pause to the maximum, in order to relish in its meaning and drama. I love this language.

The Lover and The Collection play September 26 – October 29.