UP NEXT: King Charles III 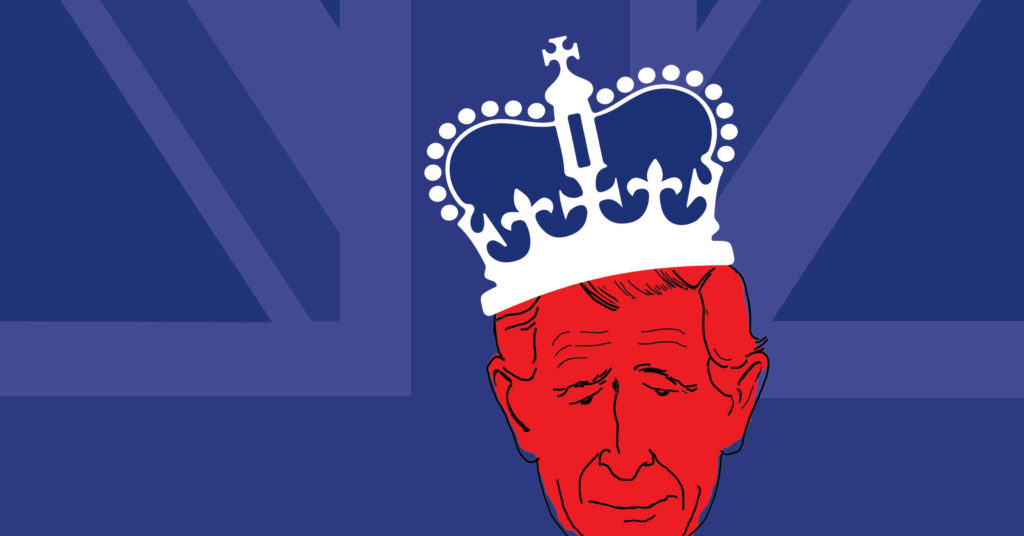 The King Who Would Be Man

British royals these days can have a hard time getting any respect. Lacking a serious role aboard the ship of state, they pitch alongside it, buffeted by alternating waves of admiration and scorn, celebrity and caricature. Perhaps that’s why, all-too-human one moment, gilded cutouts the next, these Kardashians of the Old World continue to fascinate Americans, too. Witness the cross-pond success of films like The Queen (2006) and The King’s Speech (2010) or a play like The Audience (2013).

The latest British import comes with a king-size twist, as its plot moves the royal family into a near and credible future. In brief, it goes like this: Prince Charles ascends to the throne. But confronted with his first official, essentially pro forma task—signing off on a new law curbing press freedom in the wake of a phone-hacking scandal—he withholds the royal rubber stamp. And all hell, as they say, breaks loose.

In conjuring a crisis of state in which the current British royal family plays a central and pivotal role, playwright Mike Bartlett’s King Charles III not only returns the House of Windsor to center stage, but also grants its members Shakespearean proportions. Amid allusions to the Bardian canon, subplots and machinations abound (looking at you, Kate Middleton), while a rather high-profile ghost stalks the castle. The characters even speak in iambic pentameter.

If that sounds kind of heavy, it shouldn’t feel that way when King Charles III takes its bow, courtesy of co-producers American Conservatory Theater, Seattle Repertory Theatre and Washington, D.C.’s Shakespeare Theatre Company. A major hit on the West End and Broadway, Bartlett’s bold foray into the “future history play” not only manages its blank verse with aplomb but also finds occasion for as much comedy and romance as high drama—all the while taking its characters and the political contradictions at the crux of the story very seriously.

“There is a big drama going on, actually more than one drama—a big political crisis and a big family crisis,” says actor Robert Joy, who steps into the title role. “I think it’s incumbent upon us to communicate that” relationship, he says, “and that’s what I’m after.” Joy speaks sympathetically of the predicament Charles finds himself in, and the general crisis it unleashes, which resonates unexpectedly post-Brexit and circa the right and left populism of Trump and Sanders.

“There’s a bifurcation in Charles,” he says. “It’s clear from the very first scene. He’s aware that his presence as a monarch is a performance, in a way, and he’s trying to figure out who he is as an individual. As a father and a husband and a son—all those aspects of himself are not just important but foundational.”

Indeed, a persistent theme in King Charles III, which picked up an Olivier Award for Best New Play after its 2014 world premiere at London’s Almeida Theatre, is the yearning of its royal characters—from Charles to Kate to the Hal-like Prince Harry—for some scope and agency beyond their formal, somehow inanimate roles (“statue” and “doll” are variously used as self-descriptors).

With the line between politics and reality TV growing fainter by the year, there’s something timely, to put it mildly, in a ceremonial celebrity attempting to exert real political power—an identity crisis that pushes the country to the brink of revolution.

“I think we’re in a moment where many people mistrust authority and the status quo,” says Bartlett, one of the most admired young playwrights working in Britain today, in a recent email correspondence. “They view people in power as an elite that is out of touch with the reality of modern life, and only interested in preserving their privilege.”

“What’s interesting,” he adds, “is how that railing against the establishment has often found leaders who—strangely—epitomize the establishment. Nigel Farage or Boris Johnson in Britain. Donald Trump in the U.S. King Charles III depicts perhaps a similar moment—when the king becomes a figurehead for a lot of people to hold the government to account.”

Robert Avila is a Bay Area freelance writer. Excerpted from the article that originally appeared in the San Francisco Chronicle on September 4, 2016. Read the original article here.